I’m thrilled to have had my first reprint – ‘The Persistence of Memory’ was selected by Analog editors for publication in the ‘Terror at the Crossroads’ anthology. I was almost equally thrilled to see a review of the anthology that said the story reminded the reviewer of work by Stephen King!! He was one of my favourite authors growing up, so really encouraging to hear that.

Here’s a blast from the past – ‘Forest of Lights’, a dark fantasy short story I wrote a few years ago, has now been published in issue 1.17 of Stupefying Stories. 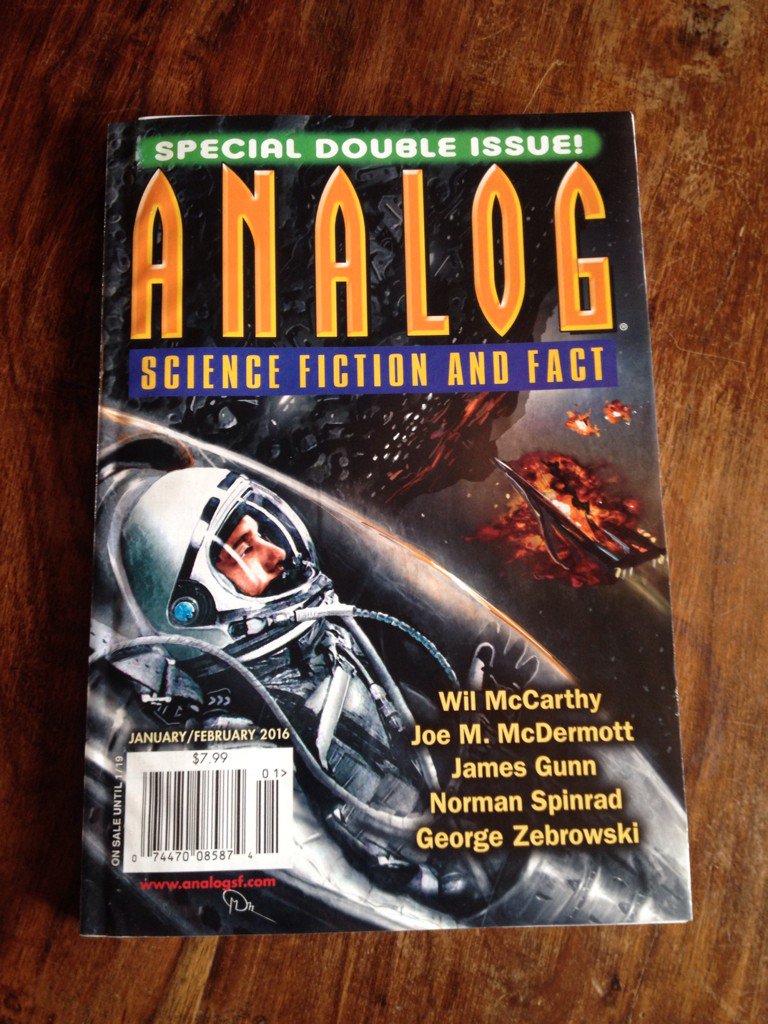 The January/February 2016 issue of Analog contains my first fully pro publication, a hard SF short story called “The Persistence of Memory”. Lee’s best friend Ben wants to show him something he’s found in the long grass at the back of the school field – but why does Ben’s discovery fill Lee with such terror?

The story has received a few reviews online so far, including a 4-star ‘Recommended’ rating from website Rocket Stack Rank.

R. L. Bowden’s debut fantasy novel, Artisan: Book One of the Shenkarr Chronicles, is now available to buy from the Kindle store.

Dandin Ker is a city on the brink of war, and rumour is rife that the enemy has taken on the services of an artisan – a powerful mage possessed by a demon. The city’s winged guardians, the dagra, are vigilant, but powerless to prevent a kidnap attempt on the governor’s niece – she is saved only by the accidental intervention of a mage and his fierce elfqueen companion, who want nothing to do with humanity.

The battle to save the city spreads to the strange lands beyond its borders, with devastating consequences: an unforgivable betrayal, the destruction of a hidden world and the resurrection of an ancient and disturbingly powerful race.

Artisan has been edited by well-known science fiction and fantasy editor John Jarrold and is priced at just $0.99 for the US market and 99p in the United Kingdom.